Over the two years I slung lattes and played host to fellow artists, musicians & open-mic poets at my coffeehouse art gallery up in Portland, I got to experience a truly unique city full of microbreweries, independent bookstores and great music venues like the X-ray and La Luna. The early 90’s was a vibrant time to be living and creating up in the northwest and I made a lot of friends in Portland, some of which sadly were taken away too soon.

I’ve posted before about Elliott Smith, a frequent customer and friend with a penchant for peanut butter milkshakes and lots of big dreams. He and his group of fellow musicians Tony Lash, Neil Gust and Brandt Peterson had just formed “Heatmiser.” Lost in the midst of Sub Pop’s stable of bands like Pond, Crackerbash, The Spinanes and Hazel (where are you Fred?)…I thought Heatmiser had a great sound and still do. Having hosted all of the aforementioned at my café I regret we never got the chance to book Elliott’s band. By the time he was performing “Miss Misery” at the Academy Awards I had long left the Pacific Northwest and was working as a commercial artist in LA.

What I remember most about Elliott was his wry sense of humour. One was never certain if the often self-effacing attitude betrayed a deep insecurity or was instead the clever guise of someone clearly in tune with public reaction and how to garner empathy. Undoubtedly, Elliott lived life on his own terms and in doing so has been posthumously labeled “self-destructive.” I’ve always hated that term – it usually comes from the mouths of those who fear living below a surface level of existence or is applied to people who don’t choose to follow what “they” say is the accepted norm.

I am not insinuating Elliott didn’t struggle with substance abuse and I don’t believe the murder conspiracy stories, as anyone who knew him was dismayed by his prophetic remarks; but perhaps those who feel the need to arbitrarily and callously label should consider ‘self-destruction’ is more often rooted in clinical depression and emotional fragility than selfishness. Consciousness is fragile – a hundred times more so for an artist, and it is often ironically this sensitive state of mind that allows the creation of the music, art and literature devoured by those harshly doling out the labels.

It is with interest that I note a new documentary by director, Nickolas Rossi about Elliott’s life, “Heaven Adores You,” released this past May. The film is currently making its way across the globe via the festival circuits, screening at the Stockholm International Film Festival this weekend and then on to Internationales Filmfest in Braunschweig, Germany and DOT NYC Saturday 15th November.

Created with commentary from family and friends, band mates and fellow musicians, the Kickstarter-financed film promises, “an intimate meditative inquiry into the life and music of Elliott Smith.” Featuring some never before heard music, the film is sure to garner positive critical acclaim.

I haven’t seen it scheduled to screen locally and I hope it does well; but I’m just not sure I want to see it at all, as sometimes it feels more real to keep the things you remember exactly the way you remember them. Each of us who had the pleasure of knowing Elliott has different memories of who he was but none of us will ever forget his presence. 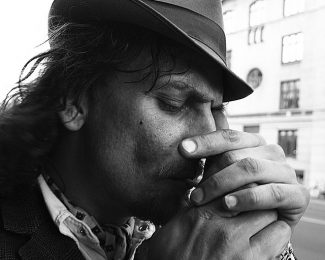 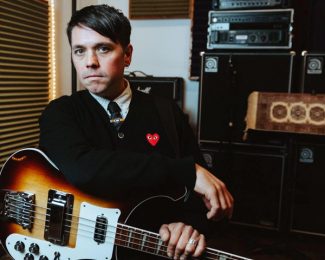 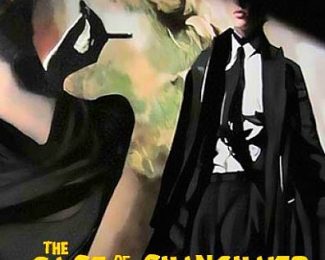