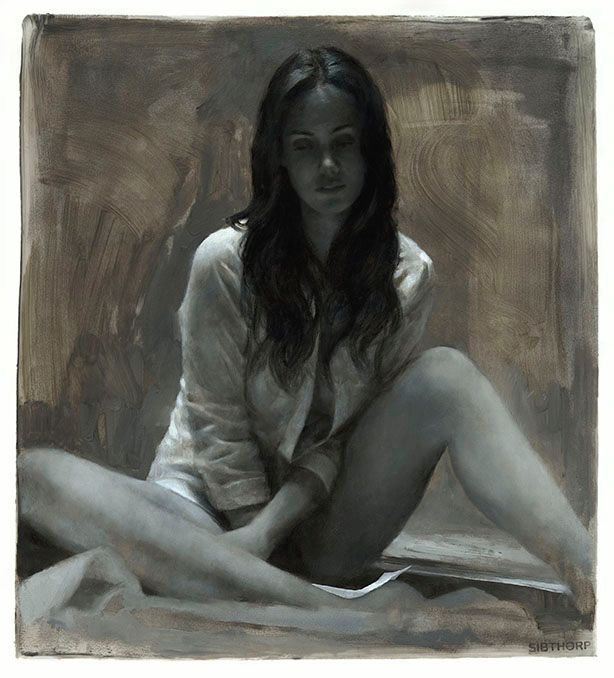 Fletcher Sibthorp is an English fine artist, especially known for his large-scale figurative oil paintings depicting movement in the form of dance.  His works are included in world-wide private and public collections, including The Royal Ballet.

“Like many artists, I found the concept of self isolation a familiar one I had spent the past thirty years practicing.  The idea of isolation was a comfortable one, so when people were freaking out at the concept of all that time in a confined space, artists were wondering what all the fuss was about.

However, what at first was considered a blessing for productivity, in reality was an existential curse for me, at least for the first few months.  The idea of painting seemed to be a worthless act while people were dying by the thousands.  I just didn’t feel like painting.  It wasn’t until many weeks and spending time thinking about it that I realized art plays an important part in society, even in times of radical change.

Churchill, when asked to cut funding to the arts for the war effort said, “Then what are we fighting for?”  As a species, we are the only ones that express ourselves through art.  Self-expression and survival have gone hand in hand with humanity – It is what makes us human.

My work this past year has focused on the figure and processes of entropy – the slow disintegration, ‘the bigness and smallness of things,’ using abstract mark making and serendipity to slowly build a representational image.  By using elements like water, sand and fire with the charcoal and oil paint, I remove some control and let chance do its thing.  This is especially true for the studies.

I draw up a number of studies and work on them all at the same time, to see how they progress and change.  Each one takes on its own character, especially as I am at liberty to try things out on each one, as I have four to play with.  The germ of the idea is how we are all made from the same genetic pool of stuff, and over time, life changes us and things become more apparent, more polarized as we get old, developing character over time.” 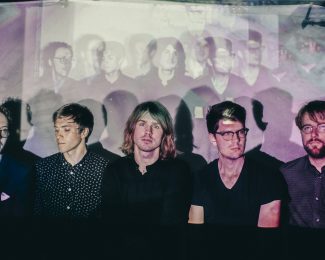 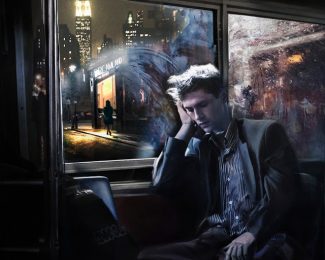